The Tale of the Fuzzy Lens

Well the other day I had a little time to try my newly acquired Canon 7d.  I don’t usually shoot many birds or wildlife, but I thought that the 7d would make a good backup to the 5d mark II while complimenting the 5d with its better autofocus and greater reach for telephoto shots.  I started out by going to a local beach with my 7d and 100-400mm lens.  I spent an hour shooting hyper-active sand pipers as they raced back a forth along the shoreline.  The focus seemed to lock on quickly even in the dim light but when I got home I was surprised to see that all my shots were soft like this: 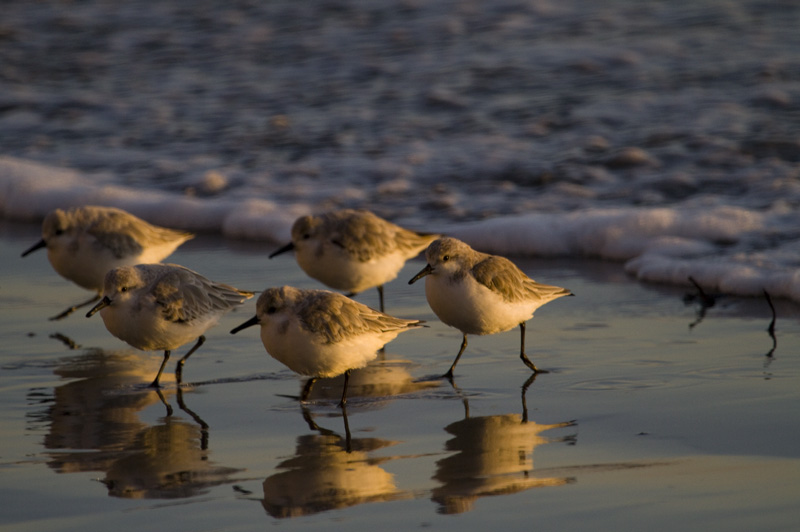 and a crop from the image: 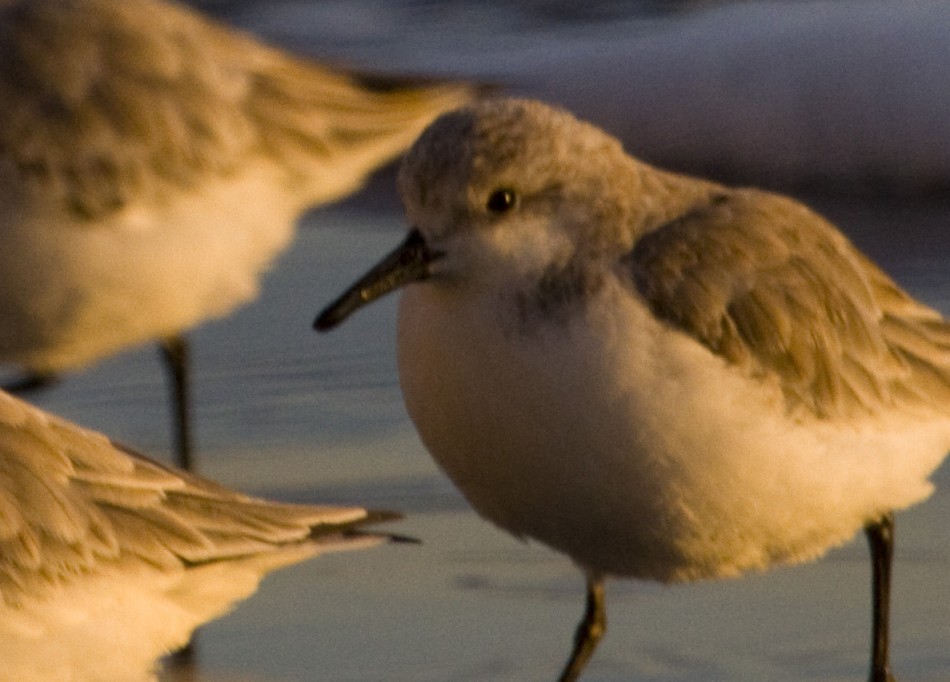 It was unfortunate, but I was busy with other matters and dismissed the outing as user error.  I probably had too much coffee, needed to micro-adjust the lens, or California was undergoing a series of tremors that night.  Either way it wasn’t until a week later that I tried again to get a sharp image out of my 100-400 lens, this time under more controlled conditions.

The second time around I set the my Canon 7d and Canon 100-400 on a sturdy tripod and focused from my doorway in good afternoon light at a nearby grocery sign (thankfully nobody called the cops to report a peeping tom).  It was originally supposed to be a quick informal test to make myself feel better, but lo and behold this is what I got: 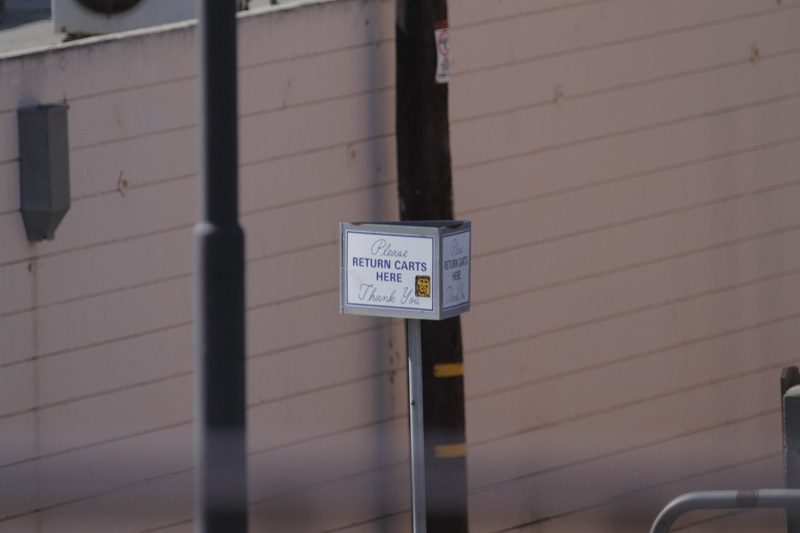 and here is the crop: 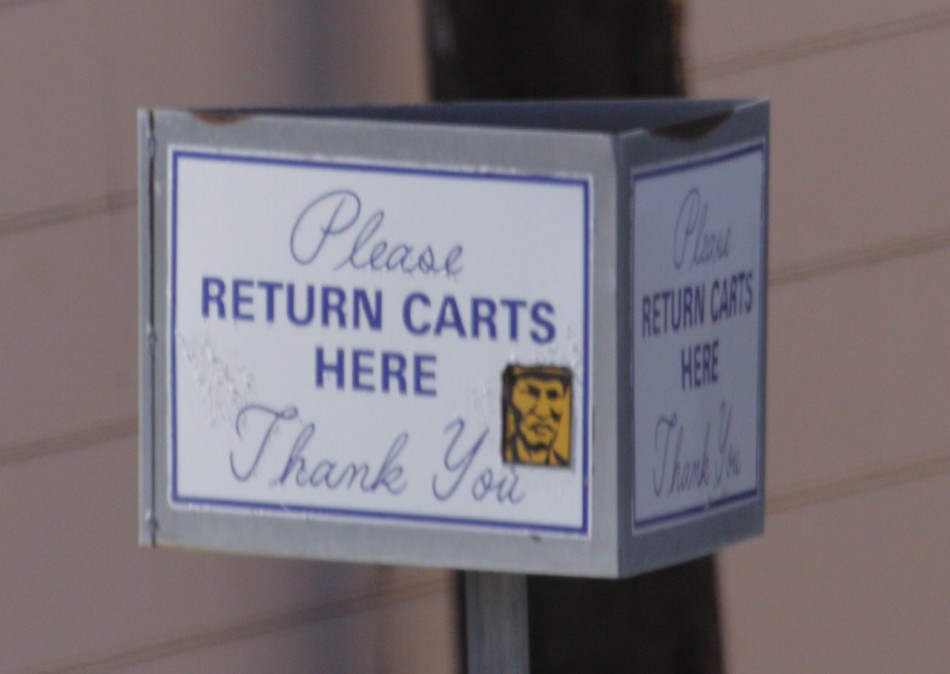 By now I was beginning to get frustrated.  Either my camera was junk, my lens was junk, or my technique was junk.  Not very happy scenarios.  Again I began testing the lens, this time more seriously.  I tried stopping the lens down 2 stops (where usually it was at its sharpest)… still fuzzy.  I double checked the Image Stabilization was off… still fuzzy.  I used mirror-lockup and a 2second timer… still fuzzy.  I used live view to prevent and front or back focusing… still fuzzy.  I even thought that maybe at this distance with the sun beating on the concrete that heat waves could be ruining the picture, so I tried shooting at a lamp post high off the ground and got this (crop): 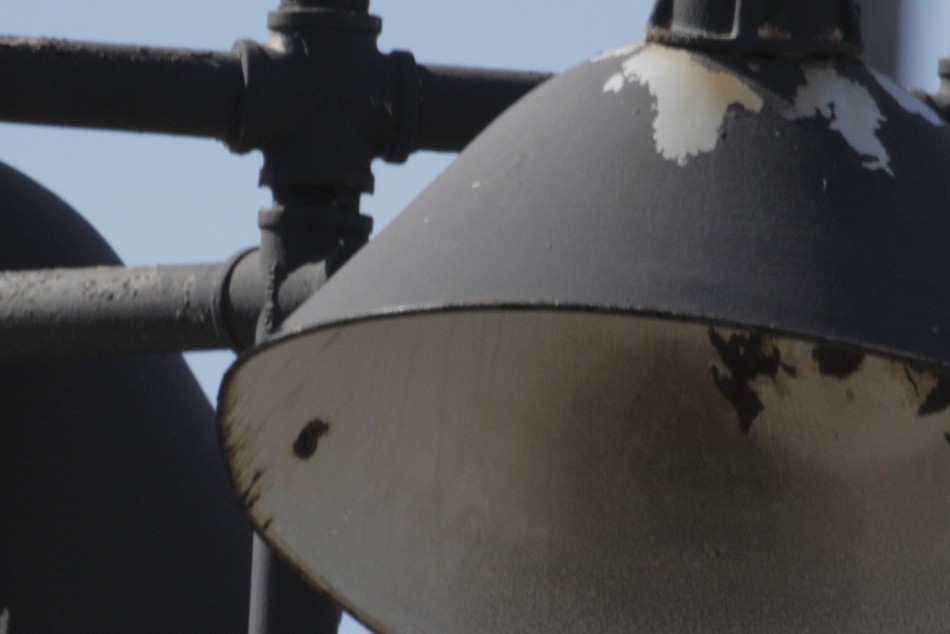 It looked slightly better but definitely still soft.  It was only when I zoomed the lens all the way in to 100mm that I noticed things looked somewhat better at 100 percent viewing (cropped heavily): 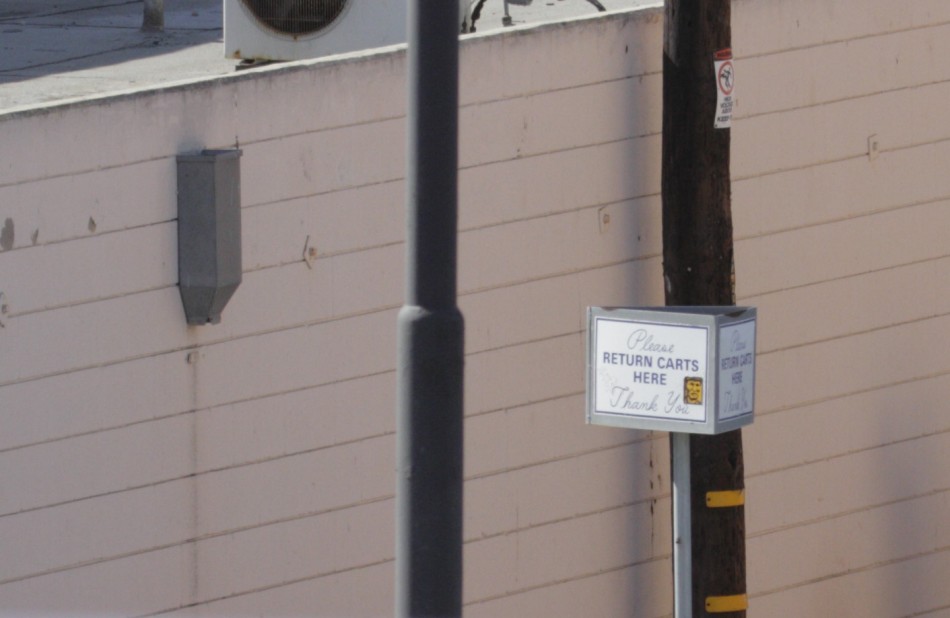 Finally my dusty brain began to figure things out and with a small prayer I removed the filter.  It’s strange I didn’t think of it first but removing the cheap multi-coated Quantaray UV filter (which I had on to protect against sand and sea spray) gave me this (back at 400mm): 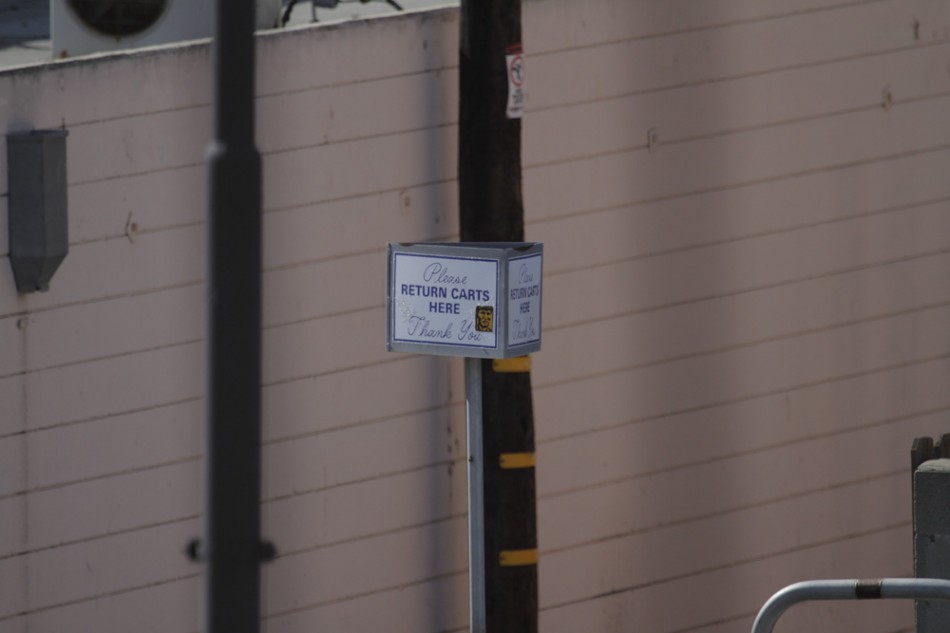 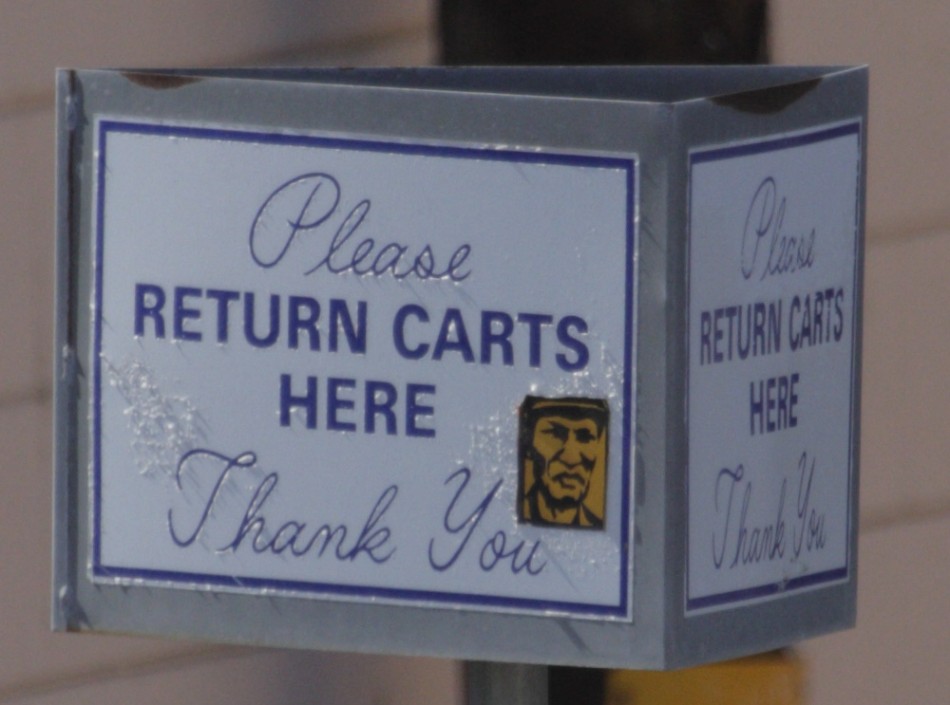 Finally something actually sharp or at least respectable.  I quickly stuck the filter back on and got a fuzzy image again here is a comparison: 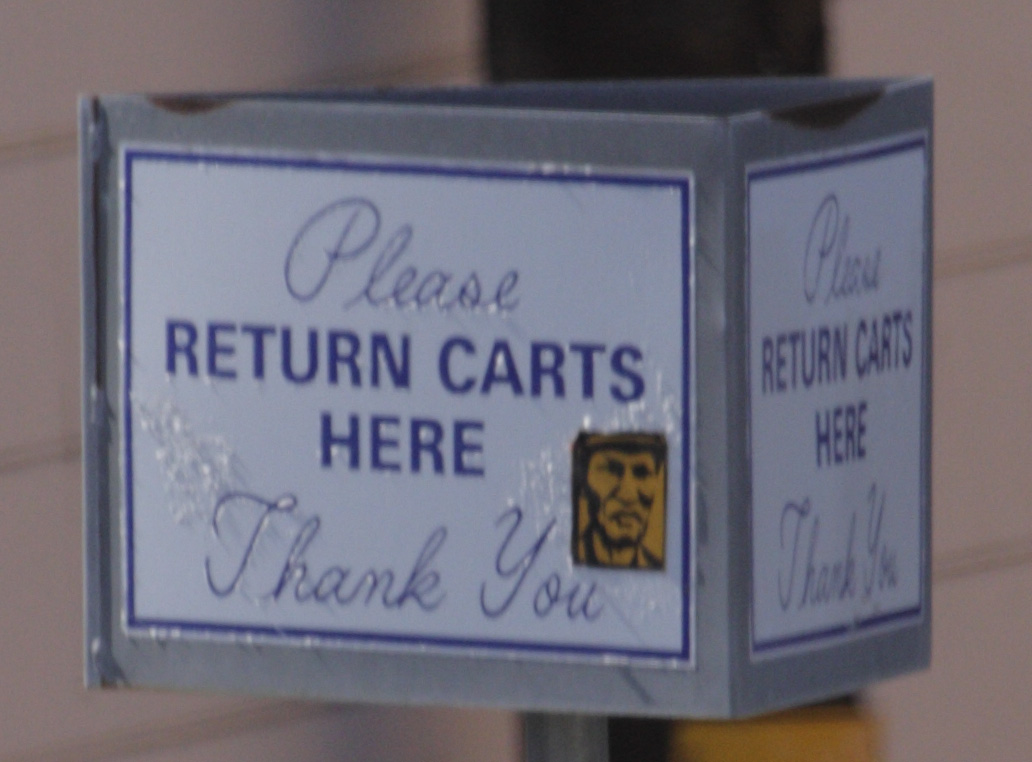 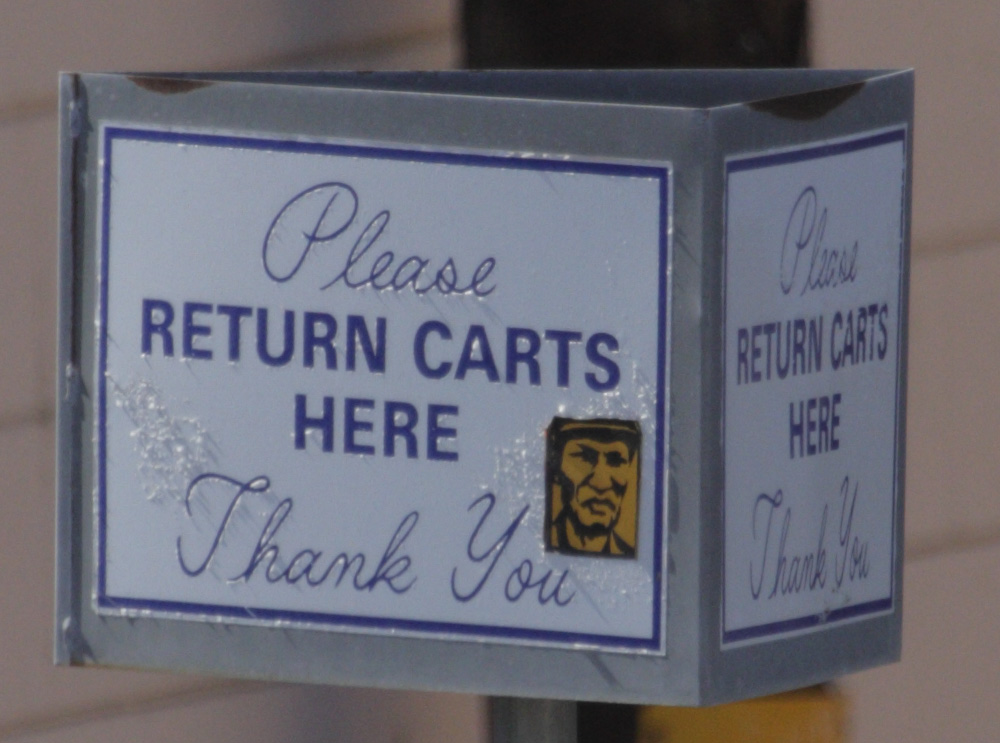 Now for all those UV filter users (me included) don’t freak out.  I tried the same test with one of my many B+W multi-coated UV filters and could see no noticeable loss in sharpness compared to no filter.  I don’t know how I still had that Quantaray filter in my bag, but I believe something jarred the filter’s glass (in the flimsy aluminum mount) just enough to play havoc with image quality.  Needless to say, that filter is no longer with me and I’d suggest if anyone has a similar problem, check the filter first.

Also viewers may have noticed that at ISO 400 (which the sign photos were taken) the Canon 7D has a some fine-grained noise.  These images were shot as raw, processed in DPP, and then imported with no noise reduction or sharpening into Photoshop.  Having only used full-framed cameras, the noise is more than I’m used to, but I think it is very pleasing and would certainly print well.  I’ve also included a quick crop after some noise reduction and slight sharpening to show how well it cleans up: 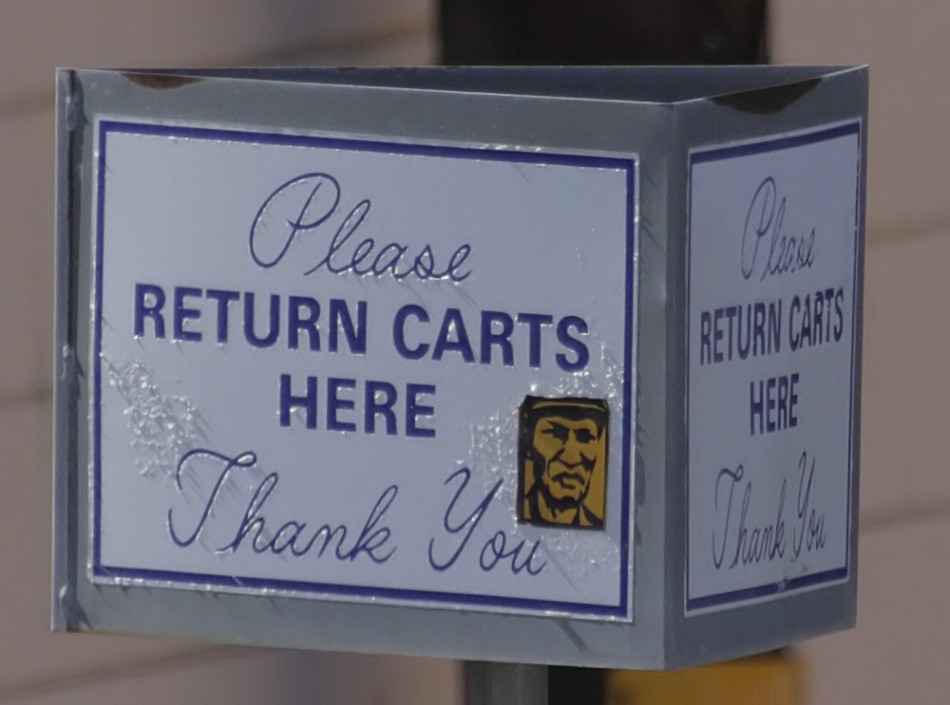 Oh and if these images have given you a sudden urge to round up shopping carts I apologize.

This entry was posted in Blog, Equipment.