Quick Trip with the Canon G11

The other day I decided to go on a quick drive to grab lunch and check out some areas around me.  It also gave me a chance to give my new Canon G11 (advanced pocket camera) a little bit of a workout.  I have to say that I was very impressed with some of the images I got, and while I probably wouldn’t use it for more serious work, it was nice having a lite camera with me for quick snaps.  Here are a few images that I took over the quick trip.  As you can see these aren’t boring measures of sharpness, color accuracy, etc… with 100 percent crops.  Instead I wanted to see what I could get out of each raw images, and if the results were pleasing. 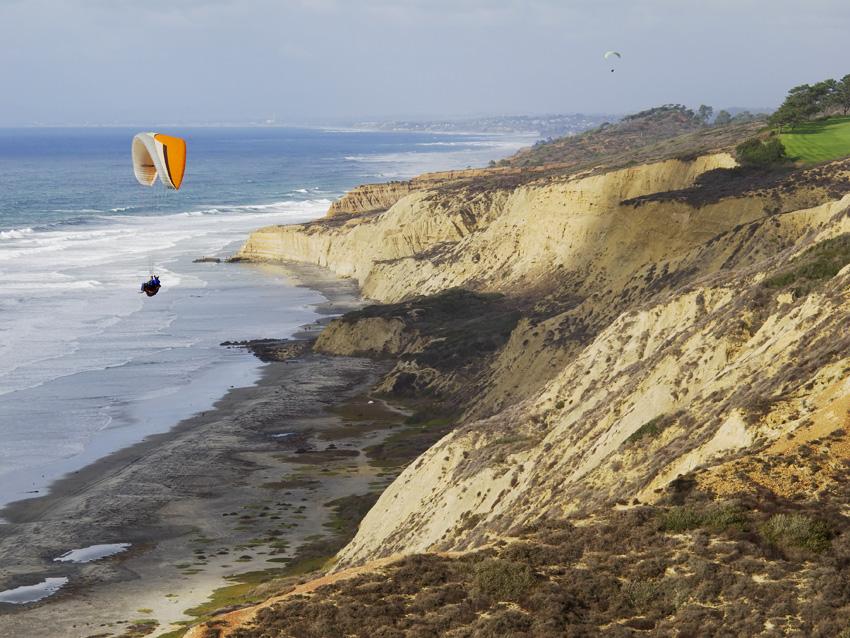 This shot was taken from the Torrey Pines Gliderport.  It’s a nice view but I don’t think I have the cajones to strap into a paraglider and dangle over the Pacific.  It was a little hazy but the camera did a nice job, and you can even see people walking on the beach in the distance. 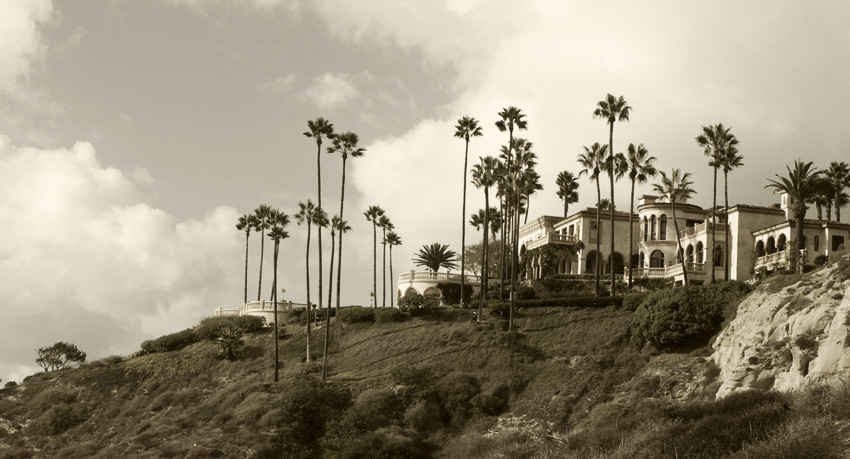 If I had 40 million dollars I’d probably live here.  This amazing home in La Jolla overlooks the Pacific and for what ever reason it reminds me of old Hollywood wealth.  Again the G11 captured some nice details that really pop with a little sharpening, I cropped and added tinting in photoshop. 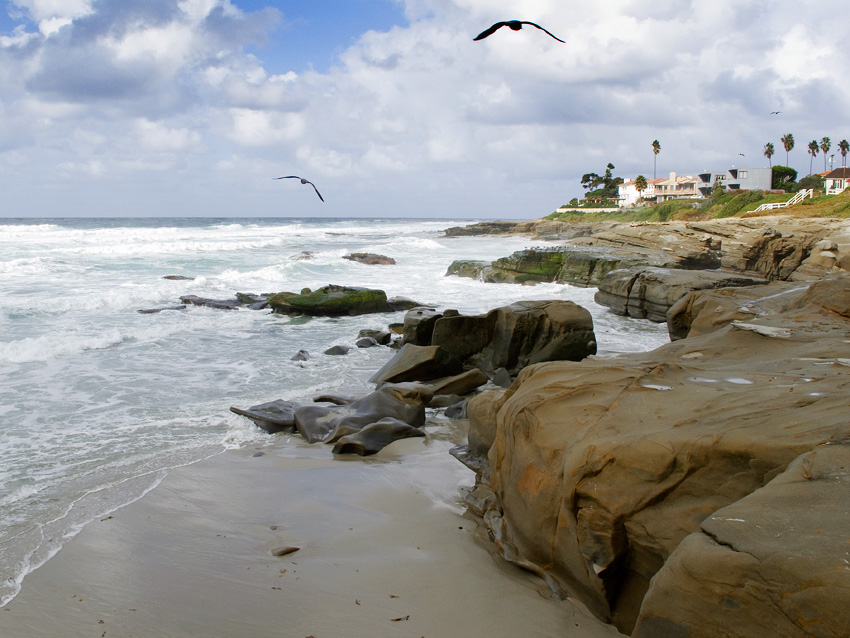 I have a lot of photographs from this area in La Jolla, it’s just so photogenic and I love the vibe of the place.  This place is also great for testing the “landscapeability” of a setup.  Here the camera still held detail close and far (thanks to its smaller sensor), and while not exactly fast, I was still able to capture the scene as the seagulls took off. 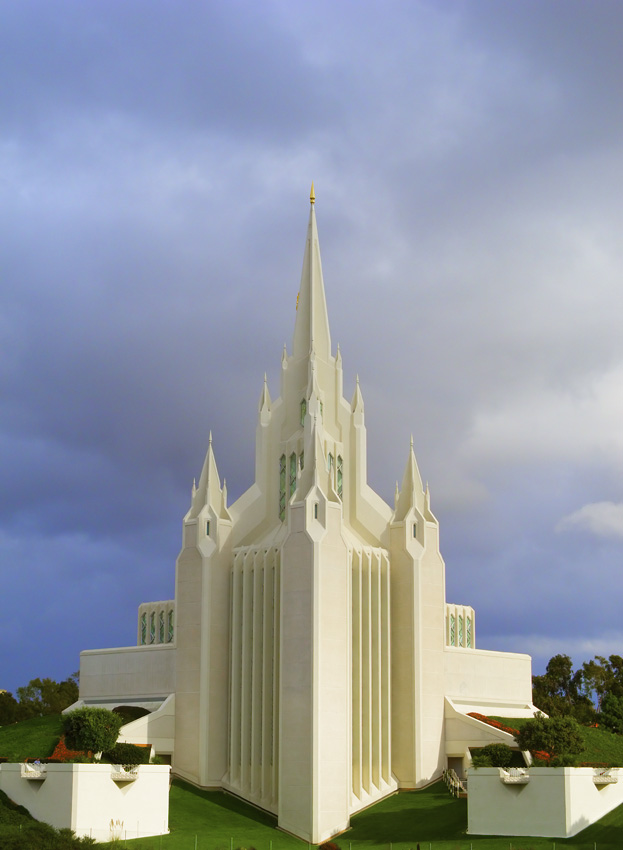 This image of the amazing Mormon temple in San Diego was taken from across the highway, right before I went to have lunch.  The afternoon light really gave the temple a nice glow and I liked the symmetry of the image.  Again I wouldn’t have taken the shot if I never had a pocket cam with me.  I look forward to experimenting more with the Canon G11, I don’t think I’ve seen all it can do yet.