How to Fall into the Ocean 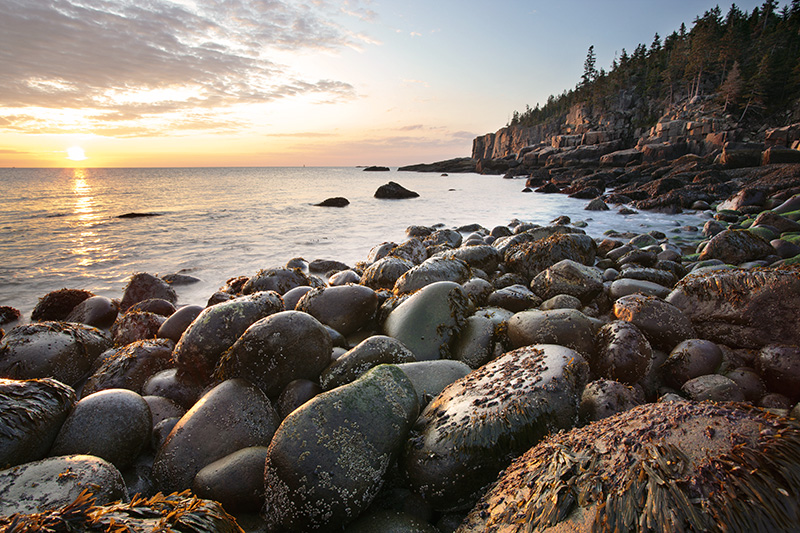 Getting this image almost cost me a quick swim in the Atlantic.  I’ve been going through the many many photos from Maine and this is one I took on my last morning there when the sun had finally decided to make an appearance.  This was an area I had scouted out before but I wasn’t expecting the tide to be so far out.

In fact I probably looked like a circus clown balancing from slick rocks to even slicker seaweed covered rocks while holding a tripod, camera bag, remote release and little common sense.    In the end I think it was worth it since the wet rocks reflect the warm light nicely and the seaweed (while dangerous) gives a nice detail to the image.

I know the site still has a ways to go, but I’m working on several updates and should have the galleries up soon.